It’s been a rough two weeks. I feel like crap, and much to my disappointment, a blog post has not written itself. So I decided to suck it up and write something. 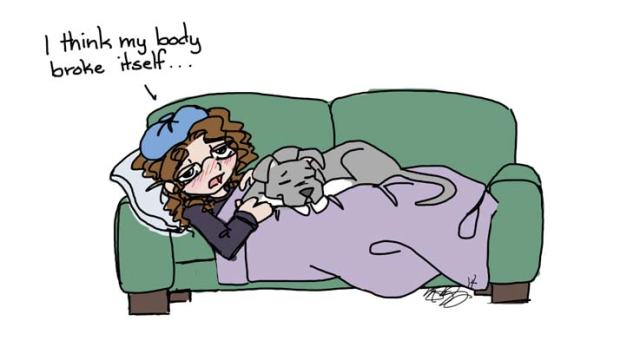 Something is better than nothing. I learn that from the giant turtle in the Neverending Story. I also learned that I really want a luck dragon. Oh, and that creepy talking mutant/dog/wolf/Warg creature? STILL freaks the crap out of me.

…this is probably all the drugs talking.

I went to the doctor to figure out why I feel so utterly crappy. They did a physical and ran some blood tests. The vampires took six vials of blood. SIX! Now I’m just waiting for the test results. Because I couldn’t get something normal like the flu or a cold. Oh, no. My body decides to go and feel like it’s broken itself. Everything hurts. My hurts, hurt. I know that doesn’t make sense, but it’s beside the point.

I am achy and miserable and a total Debbie Downer right now.

So to cheer myself up, I surfed the internet and found a few fun things to share:

3 thoughts on “Under the Weather”